There are several well-known methods of scaled Agile for multi-team, multi-iteration programs. Why use FuSca™ instead? Because Full Scale agile™ was invented to address problems with popular methods. The system rejects the concept of “seagull” consultants, flying in to drop their poop and then flying off. The site is set up so that current employees in your organization can do the training and coaching required. It is modeled on the concept of “open source” software. All of the steps for implementing it are on this site, and all content can be copied and modified freely under the GNU Free Documentation License with attribution. There are no certifications, high-cost seminars, conferences, or training events.

One distinction of FuSca is reduced operating costs compared to other Agile frameworks. This is primarily achieved by not making you hire additional people just to implement Agile:

As defined on the Philosophy page, I differentiate between methods based on the Agile Manifesto (“Agile”) and the broader approach of agility (“agile”). I became convinced while writing an evidence-based training program on teamwork that most of what managers do is based on traditions going back millennia… not what would work better if they harnessed how the human brain works, alone and in groups. Agile is merely the most recognized word today for a collection of progressive management practices proven effective both by scientists and by open-minded executives in unusual companies over the past 100 years.

I prefer agility over Agile. This website has sections telling you how to put it in place, leveraging concepts of self-directed work teams and corporate democracy.

However, most executives are not willing to adopt those unusual practices, no matter how much evidence there is these work better for almost everyone (see examples below). Some people are scared to go that far outside their comfort zone. If their organizations are succeeding well enough against others operating within the typical management paradigms, that’s good enough for them. However, an unfortunate number of managers are simply unwilling to give up the degree of control they have gained over others—their “social power“—required to enact true agility.

Fortunately, many have begun to warm to upper-case “Agile” practices, at least at the lower levels of the company. That’s why I provide versions of Kanban and Scrum as well, customized based on research data and repeated experiences. 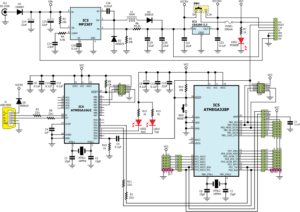 Evidence from scientific research, business failures, politics, military history and sports has proven over and over that a disciplined, systematic approach to achieving a goal has a greater chance of success. That is, any systematic approach to fixing a problem is better than none. Even in the case of self-governing organizations, the great paradox is that you can’t just say, “Poof, you’re a self-directed work team. Go be great!” Our approach to Self-Directed agile provides a method for directing a team’s energies efficiently as it creates its own processes.

For capital-A Agile, FuSca initially enforces a system proven successful in multiple companies, the way a sports coach requires a team to follow orders until it knows the system well enough to improvise. But this system emphasizes team empowerment over time far more than competing systems do. Notice this emphasis in these key differences between FuSca and the way Agile (Scrum or Kanban) is often practiced:

This system evolved through work at Los Alamos National Laboratory, Microsoft, Honeywell, Red Hat, NetApp, and many smaller firms. Metrics from those engagements include:

As mentioned in the previous section, FuSca is built on a foundation of self-directed work teams, groups without team leaders or managers involved in their daily operations. Here are a few success examples I came across while developing The SuddenTeams Program: