As the change leader, I want an enthusiastic supporter as high in the organization as possible, to ensure the necessary resources will be provided and a sense of urgency sustained. 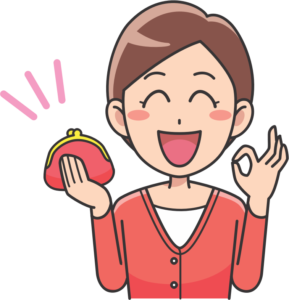 Managers top the suspect list regarding organizational change failures, according to scientists. One research team wrote that earlier researchers thought managers would seek change “to generate more sales and deliver more value to customers,” while employees would “do all they could to preserve the status quo in order to protect their turf, social position, and livelihood… Perhaps surprisingly, our research has shown that the opposite is true: staff often see the need for change and are anxious to just do it, but their managers seem to be unwilling or incapable of exercising the leadership required…”[1]

Another team said, “Some research argues that leaders never, rarely or only sometimes effectively implement change, describing leadership as a significant barrier or resister for change.”[2]

The problems start at the top. A case study of a successful change said, “Top management has to be willing to dedicate substantial training resources to educate the workforce…” and, “Management behaviors have to change from autocratic to facilitative.”[3] An early study said, “Senior management often agrees to improvement initiatives without completely realizing the investment required for the effort. In some organizations top managers assume that the initiative will occur without modification of other commitments.”[4] I once watched the CEO of a client company declare publicly that a new effort would be completed many times faster than was technologically feasible. (It wasn’t.)

Support cannot be concentrated at the top, either. A scientist wrote, “By attempting to lay down timetables, objectives and methods in advance it is suggested that the process of change becomes too dependent on senior managers, who in many instances do not have a full understanding of the consequences of their actions…”[5] An expert on adoptions of Total Quality Management said, “Successful implementation of TQM requires effective change in an organization’s culture, and it is almost impossible to change an organization without a concentrated effort by management aimed at continuous improvement, open communication, and cooperation throughout the value chain.”[6] In a survey of people in a variety of positions and industries in the United States, “Success was more likely when the organizational change was sponsored by top management in conjunction with middle management” (emphasis added), and not likely when the only sponsor was the CEO or COO.[7] Broad support is so critical, one study cited a case where consultants recommended holding off an organizational change until a resistant executive retired![8]

Nonetheless, you need an active supporter of the Agile change effort as high in the organization as possible, to reinforce that the change applies to the entire enterprise and to reduce “change of the month” cynicism. We will address broader top- and middle-management support in later epics, but you should start at the top in trying to find the change sponsor.

If perchance you are the top, the Big Boss, excellent. But read the section below for US 2.2 to ensure you understand what you are getting into.

As the change leader, I want to explain sponsorship tasks to a high-level executive and obtain agreement from them to serve as the change sponsor.

In project management, the “project sponsor” is the person ultimately accountable for project success. The sponsor provides the justification, drive, and resources to see it through to completion. This requires frequently communicating the project’s importance and status to peers and upper managers, and delivering consistent messages to other stakeholders. In short, the sponsor must be willing to fight for the project, and have enough power (via authority or influence) to win those fights. More specific duties are listed under US 2.2.

US 2.1 identifies this person. Even if a top executive is already on board, you need to make sure the person understands how much work it will be for them. Start at the top, or as close as you can get; explain these paragraphs and a summary of the next story’s information to that person; and ask what they think. If they do not seem enthusiastic, drop down a level and try again: You’re better off with an enthusiastic lower-level sponsor than a lukewarm CEO.

Don’t get discouraged by initial high-level resistance. The person may simply need more information or feel they don’t have time for the role. Build enough momentum from below, and you have a shot at getting their agreement to agility later even though they didn’t want to sponsor the project. To that point, emphasize that you are not asking the sponsor to approve Agile now. For this story you are only asking them to sponsor an investigation into Agile.

The tasks may sound like you are making the request “cold,” without preparing the candidate(s). Agile need not—and I argue on this site, cannot—capture every action of every day. In practice a change leader would have many informal conversations about Agile with many people (including possible sponsors) to gauge interest before investing the time required to work through this backlog.

As the change leader, I want to train the change sponsor on their role so they can begin to motivate an investigation of Agile.

The highest priority at this point is to ensure you and the sponsor have a common understanding of the Why Statement, underlying causes, initial direction, and sponsor duties. In addition to understanding the role, however, the sponsor needs to have a better understanding of agility than their boss, peers, and skeptical direct reports. Bear in mind executives often think they understand Agile better than they actually do.

A short introductory training will suffice when followed by ongoing coaching per US 2.3. Remember that this Web site is open source, so you can use its pages or copy information into a deck freely as long as you credit the site. Some of the downloadable FuSca Proposal Slides may be helpful as well.

Don’t just e-mail links to the sponsor and expect them to read the material. The best-intended executives get pulled into too many directions.

In particular, the sponsor must be prepared to, possibly for two to three years:

Note: Often under FuSca the Product Owner (called the “Team Guide”) ends up accepting some stories instead of the customer—in this project, the change leader instead of the sponsor. The sponsor should at minimum accept all epics, and any stories mentioning the sponsor.

The sponsor must be willing to over-repeat Agile information enthusiastically in conversations with everyone they talk to, and be on the lookout for decisions by their boss, peers, and direct reports that might harm the effort.

Prior to delivering this training the change leader should be familiar with these sections of the FuSca site applicable to generic Agile and Scrum, in case related questions come up:

As the change leader, I want to coach the project sponsor on the role so they can effectively motivate change.

One of the most consistent findings from research on adult learning is that training without follow-up practice and coaching is useless. Within weeks, whatever was learned has disappeared if the person does not use the skills. Unfortunately, recognizing opportunities and actually applying those skills is difficult for each of us, so having a coach to point out opportunities is highly useful. That’s why every sports team does most of its training on the field (court, pitch, etc.) under the eyes of one or more coaches.

Observe the sponsor’s communications in shared meetings, e-mails, etc., and gently point out missed opportunities to push the Agile message or suggest improved wording. Although the story only mentions one sprint, the purpose is to develop the habit of coaching, and for the sponsor, of being coached, during that sprint. The coaching will be needed throughout the project, though obviously less as time goes on.