Despite the bad reputation meetings get, you can think of at least one meeting you attended that you actually enjoyed, because it went well and something good came out of it. A large international study found that people did not mind meetings if they felt something was accomplished.[1] This suggests the main reason meetings get such a bad reputation is that most not only seem like a waste of time, they actually are!

Facilitation is a method of running meetings to make effective use of everyone’s time. This is accomplished by preventing time-wasting habits, building consensus, and creating and tracking action items from all agreements. Facilitation is not:

In a well-performing self-directed team, all members will help with facilitation, by filling the role on a rotating basis and/or speaking up to keep the team “on task.” This section is presented at this point in the “Self-Directed agile” process so the change leader can take advantage of the findings on how to drive successful meetings.

The rest of this page summarizes my class on Meeting Facilitation based on academic research, which applies to all types of teams. This FuSca™ version assumes your team already is or intends to be agile, whether or not it uses an established Agile method.

The change leader facilitating the Self-Directed agile transformation should read this entire section, and then lead the steps linked from it as part of the effort. After that, each person who takes on the Facilitator role for the team should give it a read before their first turn.

A proper agenda is the blueprint for a good meeting. Without it, the meeting has no better chance of full success than does a skyscraper created from flawed (or no) plans.

Send the agenda out in time for the participants to review it and know what is expected of them. If notes from a previous meeting have not already gone out, be sure to include them with the agenda. Also include any handouts related to issues to be discussed.

If the team uses the FuSca sprint process or standard Scrum to plan and manage its work, those methods will provide the agenda for most of your meetings (the “ceremonies”). For any other, creating and ruthlessly following an agenda will add greatly to productive use of the time and attendee satisfaction.

A useful agenda format (download) for recurring meetings such as team meetings is: 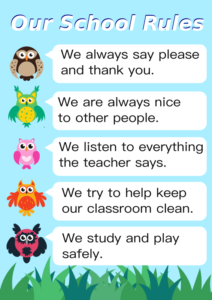 Through a combination of research and trial-and-error, I developed a set of rules that help make meetings efficient by reducing time-wasting behaviors. With minor modifications they have worked in literally every type of meeting I facilitated, regardless of what type of people were in the meeting or its purpose. Borrow them as soon as your next meeting. Later on you can add to or modify the set any way the team wants to, but try them as written for now:

Another rule I strongly recommend for every team eventually is, “Silence or absence equals consensus.” In other words, team meetings are the only proper time and place for negative discussions of team issues. If you do not speak up in the meeting, you give up the right to complain. This is vital to developing trust among members. Introverts need only ask for time to think about the decision before final approval. In that case, postpone approval at least until later in the meeting, or to the next meeting if possible.

As for the absence part, you will accomplish little if you are constantly waiting for “so-and-so” to be there, because there will often be a so-and-so missing. It is okay to delay noncritical decisions to get information from an expert. But at some point, you have to move on. If you are the person not at a meeting when a decision is made, you need to support whatever the team decides unless, again, you have a compelling reason to backtrack.

Bear in mind that “consensus” does not mean “unanimous agreement.” It just means every person is willing to implement the decision, whether or not they fully agree with it. A healthy team will not reach unanimous agreement on all the big issues.

The claim “conflict is good” takes this point too far, and is scientifically false: Repeated studies have shown that when confrontation turns into either personal or technical conflict, it harms team performance. But falling into “groupthink,” where everyone just goes along to move on, throws away the value of multiple perspectives and discussion time. Open debate is critical to making good decisions. However if debaters never give in, no decisions will ever be made.

Consensus strikes a healthy balance between conflict, endless debate, and groupthink. It requires a willingness to drop your ego when you’ve run out of logical ammunition. This is easier for me when I bear in mind three levels of consensus:

My goal as a facilitator is to achieve #1 as often as possible. Personally, I like to be at #3 on occasion. If it turns out I was wrong, the team will appreciate my willingness to go along, and recognize that I do not take stands on mere ego. When I turn out to be right, the team will also realize that, and give my future opinions even more weight. In either case, I win: I gain credibility, which increases my ability to persuade in the future.

Unfortunately, in some companies, this is not a realistic rule at the beginning. Some ethnic cultures place great emphasis on hierarchy, so team members have been trained from birth to tell anyone with a leader-like role what they want to hear. (That is not a stereotype or criticism: I am summarizing what people in those cultures have said when objecting to this rule, not to mention cultural research.) Worse, many organizations, regardless of country, have created cultures in which people get emotionally beaten up if they question authority.

In cases of teams objecting to the rule for these environmental reasons, I tell members to set a goal to implement this rule within six months. During that time, the Facilitator should individually call on people to express opinions or consent, and ensure others in the meeting listen to those people without interrupting. Over time, as specific members become more outspoken, ask them privately if you can stop calling on them and assume their consensus when they don’t speak up. Even after implementing the rule, though, you may still need to call on quiet members on occasion. You’ll be surprised how often someone has a good question they could not make themselves ask without being asked!

After the first meeting begins the way your company’s meetings usually start, make sure meetings start or re‑start (after breaks) on time—two participants will comprise a quorum. Otherwise you waste the time of people who show up on time, and of those who have to leave on time because of other appointments. If people are tardy, the “absence equals consensus” rule kicks in.

If participants in team meetings often have trouble arriving on time, have the group develop a fun “punishment” for latecomers.

As the Facilitator, to keep the meeting on track for everyone’s benefit:

For the meeting to be productive, every decision must lead to an action. When using FuSca or Scrum, many of these will go into an Agile Tracker or our “FuSca Light” spreadsheet for startups. Otherwise, ensure each decision results in an action item that must include:

To ensure items are addressed, create a single list of them. Using a spreadsheet or other tool that can sort the items by date helps. Every facilitator should review past action items each time they create an agenda. After an item is due, include it under “Old Issues” for the person to report the status.

For longer meetings, break every 60 to 90 minutes, even if it means interrupting a good discussion. A good rule-of-thumb is to have each break last five minutes for every 30 minutes elapsed since the meeting start or the last break. (For example, if an hour has passed, break for 10 minutes.) Never go more than four hours of meeting and break time without a meal break of at least an hour.

If you complete the agenda topics with time left, address any Parking Lot issues. Any you cannot complete within the scheduled time should become “New Issues” in the next meeting.

Build respect for your starting times by respecting your ending times. If an issue is being discussed five minutes before the end of the scheduled meeting time, interrupt and ask if the discussion can wait till the next meeting. Extend the meeting only through consensus.