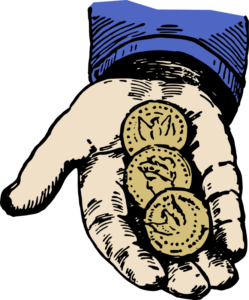 You are reading this site because you are interested in making a positive change in your organization. You would not be wasting valuable minutes of your life on it otherwise. There are significant problems in your company or non-profit… government agency or religious community… start-up or school, that you think FuSca™ might ease. And yes, they are problems. Despite the double-speak of business jargon (“Opportunities!” “Challenges!”), these behaviors are causing emotional pain. I don’t care whether the issue is lack of revenues, customer complaints, falling profits, internal conflicts, or a cluster of these. The behaviors need to change, and you realize you might have to be the agent of that change.

Unfortunately, there is good evidence that two out of three organizational change efforts fail, detailed on the Process for Agile Transformation page. People resist change for a host of reasons, some good, many irrational. The larger the organization you are in, and the less enthusiastic people are to the idea of agility, the more I urge you to follow that process. Even in a small organization with a lot of discontent about the current system, though, you absolutely will have resistors who can harm and perhaps derail the change if you don’t take the time to ease their minds.

For your sake, I hope you are the top executive of the organization. That will make your mission much easier. According to a Harvard Business School report, “Agile succeeds best as an executive-led initiative that includes well-thought out strategies to effect foundational change across an organization.”[1] You still need to gain buy-in from the people who report to you, for reasons detailed in “Define the Why.” But the most difficult person to sell is already sold—the top executive. More importantly, if you adopt the practices of FuSca, it eliminates both the interface issues between the lower and upper levels of the company and a lot of the resistance below. Rightly or wrongly, the psychology of human hierarchies is that many people go along with what you decide if they believe it is going to stick. Being agile yourself proves this isn’t just the latest management fad.[2]

If you are not the “Big Boss,” you need to persuade upward as well. For example, as P&L (“profit and loss”) leader of one relatively independent unit within a larger corporation, you would need your boss to agree not to interfere. The HR Director in that scenario probably leads a separate entity and must be prepared to deal with complaints brought directly to it and changes in appraisal and compensation systems. The Chief Information Officer may resist your choice of tracker even though you are willing to fund it from your own budget.

Failure to take the time for this effort is the root cause of the interface conflicts I call, “Scrum pox.” I steal the term from rugby: Some males involved in close contact with opposing players will grow enough facial hair to cause irritation within a scrum, potentially leading to a rash that goes by that name. In the business context, people who do not understand, and/or feel threatened by agility, will fight it. Some of the conflict will be public and can get harsh. They will also crawl into the ears of executives, peers, and direct reports and tell them “Agile isn’t working” at every opportunity. Difficult to quell after it has started, Scrum pox is easier to prevent. Smooth out the bristles before the game starts.

Usually, though, the driver of the change is someone far down the ladder from the Big Boss. You are going to have to evangelize up, perhaps down, and sideways, over multiple verticals and horizontals in larger enterprises. Fortunately for you, there is an entire section of this site on Agile Transformation!

If you are suggesting adoption of the FuSca sprint system, just add the “Desired Agreements” and the FuSca details to come at User Story 8.6 (“Approve the System”). You can download my draft proposal slides and customize them to save time.

For that or any change on this site, some lessons from the scientific research on persuasion will help.

For my master’s degree thesis, I went through a different set of hundreds of sources, this time on persuasion. I define persuasion as the attempt to change someone’s attitude or behavior through facts and logic. There is no “silver bullet” for persuading everyone. Otherwise, everyone would buy everything in every commercial! So this can’t guarantee you will persuade people to try any of the changes presented on this website. However, following it will greatly increase your chances.

The bottom line to effective persuasion is proving your proposal will benefit your audience. They don’t care that you believe in it; they want to know how it will benefit them personally. My “Recipe for Persuasion” walks you through the steps. I have left it fairly generic so it will help with any of the changes you propose from this site.

Warning: Be careful with fear appeals—people try to resolve fear-based cognitive dissonance by rejecting the message.

3) Gather facts about the relevant problems:

For persuasion, these can include:

Warning: Do not ignore facts that argue against the change.

5) Create an opening slide that:

7) Create a closing slide that:

↑ Decide to Change | ← Define the Choice | → The Sprint Process